You see, the thing about a post on a blog is that sometimes you forget to read it from all perspectives before you hit the publish button. 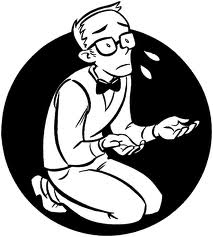 I throw myself upon the mercy of the Pirates court.

Such is the case with my last post, Digging into the First Depth Chart: Interesting Inferences Can Be Made. I was a bit frustrated that Appalachian State released a depth chart for the first game before the official depth chart was released by ECU. And, I commented about it.

However, in re-reading my post, it sure didn’t reflect where my angst was directed. I assumed two things: 1) that Appalachian State was releasing something that maybe should have been held; 2) that the ECU Coaches were sure about some decisions but hadn’t conveyed them to ECU folks. Not sure on No. 1, thought looking at ECU’s official first depth chart, I am thinking that the first one released by ASU was not the prime time DC and perhaps should not have been released; and on No. 2, it was more a function of a responsibility to get something to the other team than it was not informing the ECU crowd.

Either way, it was petty, and a poor choice for  a lead in to a post to analyze and drive conversation about the season and the players who will be competing for the Pirates.

The full blown DC – which was released ahead of Coach Ruff’s presser – reflects a lot of information that we all expected to see – along with the QB decision –  and with today’s clarification on the WRs, it all make much more sense.

Any way, I cannot wait for the season…now just a few days away. Here is to a great start to a great season.

Cheers to any and all who take the time to read these posts.

Digging into the First Depth Chart: Interesting Inferences Can Be Made