Who’d Have Thunk It? ECU’s trip to ODU may be Looked Back Upon as Pivotal

Boy have the times changed.

Is it possible that this weekend’s clash at Old Dominion University (ODU) could be marked down in history as a watershed moment in the ECU football program’s continuum? 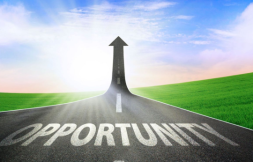 This weekend could be a milestone opportunity for the Pirates.

Here ECU sits in its history, reeling after three straight seasons of 3-9 records and football performances that make those 9 wins seem almost generous, on the verge of what could very well become a pivotal moment in the team’s history.

The Pirates (2-2) have not won a road game since 2017 and will travel to a 1-2 ODU team that will be favored to win. The Pirates 2-2 mark is fueled by two wins over FBC teams with wins over Gardner Webb (1-3) and William & Mary (2-2) and lopsided defeats to N.C. State and AAC West Navy. Hardly a “new ECU” resume, yet, the Pirates have a huge opportunity in the visit to ODU on Saturday.

A win would be monumental, honestly.

The Monarchs are good football team and brand name aside, it would be a solid win for the Pirates in terms of indicators that this program is moving in the right direction. AND, equally as important, if the Pirates can manage a victory, it would mean that not only did this team in its first year under Coach Houston equal its win total from each of the previous three seasons, but also, it would have done so in the first five weeks of the season resulting in a Pirates team sitting above .500 with most season goals still available to them.

This is as big as it has gotten in terms of opportunities for the Pirates in four years. Ironically, this game is against a foe who now competes in C-USA, a conference the Pirates – fans and all – felt that ECU was too good to stay in…that we had rose beyond and only needed the windfall that comes with moving up to the next level. This weekend, we are underdogs to a C-USA team. Sigh.

If that rattles the psyche a little bit, then take a little comfort in the fact that we have been here before…seriously. The JT years share a lot of similarities to the Coach Mo years…where the program truly flatlined and yet, somehow, the program found a way to rise up and at least find respectability.

Yes, to date, we have really not made much of the colossal opportunity given to us when we were ticketed to the AAC, at least the Ruffin McNeill years while marked with the disappointment of nearly missing “special season status” a couple of times, provided more than competitive football and notched significance with their dominance over rival ACC opponents. The difference the first time the program flatlined turned out to be the coach. Skip Holtz came to town to work and he did. I betcha he quietly regrets ever leaving Greenville. He built a program and did so quickly.

IMO, Coach Houston will do the same here and build the Pirates into an AAC Championship contender.

Pirates have the right guy…will this be a weekend that catapults the Pirates forward?

Question is, does that turn start in earnest this weekend?

ODU is going to be a tough task for ECU. They hung tough with both of their in-state brothers in losses to Virginia Tech and #21 UVA. Their offense really is not good (126th in the land), but their one bright spot is a QB who isn’t afraid to run the football and ECU’s defense has not fared well against teams who have a QB who can run. That said, the ECU defense has a chance to make a statement and fare well.

My biggest concern is the ODU defense. Through 3 games they are the 14th best in the country giving up less than 100 yards rushing a game and barely over 200 passing at 205/ypg and their schedule includes the two ACC opponents – one ranked. Our offense has not shown the ability to execute consistently at any point this season. The opportunity here is to have the offense put together a complete game with sustained drives. That starts with the offensive line providing pass protection and getting initial push something that has not been happening with a whole lot of consistency.

But the offensive woes are not all at the feet of the OL. The program is feeling a young QB’s on-the-job growth and it that progression can be painful and seemingly way too slow. The upside is that each game out, he should improve. The downside is that so far, the growth is also coming at the expense of drives being killed by the offense itself.

Yes, he is an impressive runner but what is needed is a passing game at ECU. Until he can consistently get the ball out (quicker) and consistently find the open receiver, the Pirates are going to continue seeing lukewarm results offensively.

ECU has to show that its a team that can pass the ball effectively (I know it is hard to hear that since that was the one thing ECU always delivered). Right now…this team can’t. I actually believe the running game would impress if teams had to respect the passing attack.

WE ARE WHAT WE ARE?

So, we find out what ECU is made of this weekend with so much sitting there for the taking. Maybe we are just a below average (our stats would indicate that with the no. 61 offense and the no. 71 defense), mistake prone, young football team. OR maybe, this team is slowly coming together and just needs a momentum starter – like a road win and being over .500 – to catch a little fire.

Seize this moment…and perhaps this team is the latter.

Let this moment pass…and we will be talking about surviving the season as the games after this one will be brutal without the momentum gained from a victory in Virginia.

Love to hear your thoughts…go Pirates!